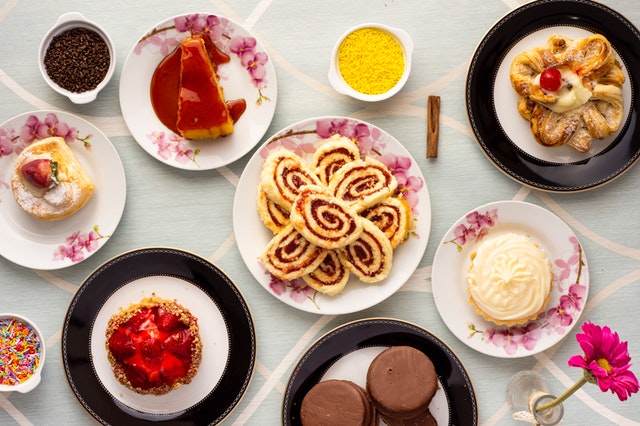 How Can The FTO Gene Affect Eating Behavior?

There are more than 100 different genes that influence weight, but none are better studied than the FTO gene. This gene was the first gene linked to weight gain and is widely believed to have the largest effect, including overeating [1, 2, 3, 4, 5]. Can it be influencing your eating behaviors? Read on to learn more!

You better watch what you eat! Odds are, you’ve heard something or even spoken something to this effect in the past. Your kid ignores the half-eaten piece of turkey and grabs another handful of chips. Your friend goes through the dinner buffet and sits next to you with two full plates of food.

Maybe you’ve told yourself this as you snag an ice cream bar from the freezer at two in the morning. Logically, you know these eating habits aren’t healthy, but it happens anyway. Maybe there’s some guilt or it’s brushed off with an, “I’ll get something healthier next time.” Then, it happens again.

This isn’t an uncommon occurrence. People think you have no willpower. You’re weak, overindulgent, and don’t care about your body. There are apps, programs, and counselors to help you make your diet better, but they may not work for everyone.

Being overweight is a real health issue across the globe. In fact, 39% of adults aged 18 years and over were overweight in 2016, and 13% were obese [6]. Modern society, in many ways, is not conducive to a healthy lifestyle. It takes some effort to be healthy.

GET MY GENE-BASED PERSONALIZED WEIGHT PLAN

It’s not only a matter of what works and doesn’t. Why it happens is also important.

Why would someone go back for seconds when they clearly had enough food to make them full? Why would you grab the pint of ice cream at two in the morning? The fact is, your genes influence your decision-making ability.

Your genes have the code for everything about you. They dictate how your body was made, how it operates, as well as how it maintains itself. That code is also responsible for the hormone that tells you when you’re hungry or full.

If that code is wrong, it can tell you that you are hungry when you’re actually full, which can cause you to eat more even though you wouldn’t need to if everything was working properly.

That FTO Gene And Obesity

The FTO gene, short for “FaT-mass and Obesity-associated”, was the first gene to be connected to obesity, and it’s still the biggest genetic factor known to affect weight [1, 2, 3, 4, 5].

It can affect you in a number of ways, but one particular variant of the FTO gene, rs993906 ‘A’, has been linked to:

So, if you happen to carry this variant, you may already be fighting an uphill battle. Not only that, but this variant makes your brain over-respond to the ghrelin hormone, causing it to become your own personal food gremlin.

What is Ghrelin and What Does It Do?

Ghrelin is half of a two-part system with another hormone called leptin. Together, they help regulate your body’s energy system, following that brain-gut pathway to tell your brain, “Hey, our energy stores are getting low, so let’s fuel up!”

They do a number of things, but for what we are talking about here, ghrelin’s job is to increase food intake and lower energy expenditure [7]. Ghrelin is the only hormone that has this orexigenic effect, meaning that it increases hunger, and that unfortunate FTO A-variant kicks it up a notch.

In essence, you are being tricked into believing that you’re running out of fuel when the tank is still full. Ghrelin interacts with your brain’s reward system, like dopamine and opioids, to coax you into eating more, make high-energy foods look better, and make you feel good about eating them [8].

So, if you’re hungry and smell someone baking cookies, you know you could eat like 20 of them and be perfectly content. That’s ghrelin doing its job. When your levels are out of balance, it can cause you to eat more impulsively, and your FTO gene could be to blame.

There are studies that have imaged the brain and demonstrated that the FTO A-variant keeps ghrelin levels from dropping post-meal, boosts neural responsiveness to food cues, and decreases responsiveness in brain regions involved in emotion and impulse control [9, 10, 11, 12]. So, it’s keeping ghrelin on the job after it’s done, making food look even better, and cutting your ability to resist temptation.

There was a study done with children that provides an example of this. Researchers focused on children who recently finished eating a meal and were watching a 30-minute TV show. According to these researchers, seeing a food commercial increased the odds that a child would reach for the advertised snack despite already being full.

Furthermore, each ‘A’ variant for this SNP increased the number of snacks kids ate despite previously having a meal of their choice. This means that having the two A variants was even worse than having just one [13]! In other words, if they watched it, they ate it!

How To Improve Your Eating Habits

The FTO gene is one of the most studied genes when it comes to weight, but there are many others that can influence other diet-related habits like:

Genetics can play a huge role in diet and weight, but it doesn’t mean there’s nothing you can do about it. The truth is, your genes may help you determine how well you respond to weight-loss strategies and diet plans.

To help you with that, the SelfDecode Weight DNA Wellness Report analyzes over 455,000 genetic variants related to weight and diet to give prioritized and personalized recommendations based on your DNA. SelfDecode is the only direct-to-consumer company that uses AI in genomics to give you the most accurate results and tailored advice to help you optimize your health.

Maybe you have a certain FTO gene variant that may make it more difficult for you to manage your weight. If that’s your case, eating more protein and less carbs can help support your weight loss. What works for another person might not work for you, and the best strategies for weight management may be written in your DNA.

The FTO gene can play a big role in your eating behavior. If you have the ‘A’ variant, understand that it isn’t just a matter of not being weak. You actually have to be stronger than most people who don’t have a body that’s trying to trick them into eating more.

Your DNA doesn’t always give you a great roll of the dice, but being aware is the first step in the battle. It’s far easier to fight something when you actually know what it is. If you want personalized recommendations based on your genes, you should check out SelfDecode.

Informative
0
Living DNA Upload: How To Transfer Your DNA Data
Reviews
0
CircleDNA Review: Is Whole Exome Sequencing Worth the Cost?
Informative
0
Is ADHD Genetic? How Your Genes Can Help You Boost Attention