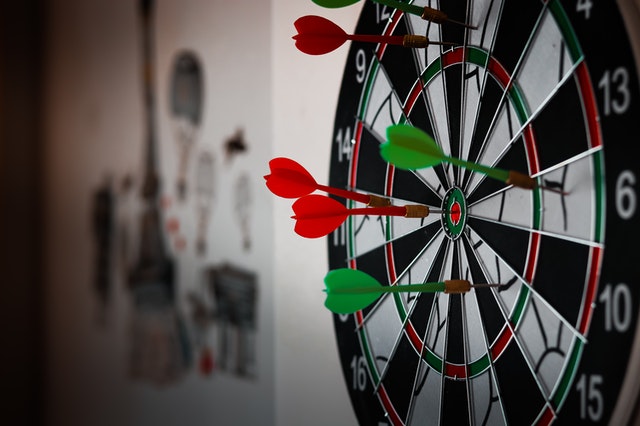 The major benefit of using a service like 23andMe is they analyze complicated data and give you results in an easy to understand format, but how accurate is 23andMe? Read on to find out more.

How does 23andMe process your data?

DNA testing is a complex process, so the first thing you need to understand in order to discuss the accuracy of any DNA testing service that provides health and ancestry information is how this data is generated.

23andMe tests 650,000 genetic variants or SNPs, but all in, this accounts for just 0.023% of your entire DNA. Even though our understanding of DNA has progressed well over recent years, there is still a lot to learn.

Despite the fact that this is just a tiny percentage of your DNA, the data is still massive. So what do we mean when we question the accuracy of 23andMe, what can actually vary?

23andMe uses a process known as genotyping to test your DNA. When you provide your saliva sample to 23andMe, this is sent to a lab where they extract your DNA and use a genotyping machine to identify which of the 650,000 SNPs you carry.

This type of analysis is around 99% accurate, so the variation in this data is fairly standard and isn’t concerning, you can be fairly certain that if 23andMe reports you have a particular SNP, then this is true.

How accurate is 23andMe ancestry reporting?

When it comes to ancestry in particular, how accurately you can predict someone’s heritage is largely influenced by how good the reference dataset is. Oversimplifying the process, your heritage is identified by comparing your DNA data to that of others and seeing which yours is most closely matched to. So when it comes to ancestry, how accurately your heritage is reported is largely dependent on how large and well maintained the comparable dataset is.

Imagine for example you are from Spain and know you have a long family history there, but the company you have chosen to analyze your DNA uses only British DNA data to identify your heritage, then it’s likely that you will be identified as being British.

Thankfully, 23andMe has the second biggest DNA database in the world only behind Ancestry.com, so you can be highly confident that your reported heritage is the most accurate it can be with the current tools available.

How accurate is 23andMe health reporting?

Once your DNA has been processed, 23andMe then uses statistics to analyze your genetic data and identify which traits and health conditions you may be predisposed to based upon data from large scale scientific studies. These studies, often referred to as GWAS, use complex statistical methods to identify relationships between genetic variants and health conditions.

The accuracy of the findings within these studies can depend on certain factors such as how many people participated or how many ethnicities were tested. The best way to identify how strong an association is based on a study is to go directly to the source, and 23andMe directly links the studies they reference in their health reports.

It’s also important to remember that most of the associations identified in these types of study are relative rather than absolute, which is what causes a lot of skepticism from customers about 23andMe accuracy, because of course if you’re told you should like coffee based on your genes but have never drunk a cup in your life this can’t be accurate, can it?

This all being said, 23andMe does have one major drawback when it comes to health reporting in that they only investigate 1 or 2 variants per health condition. Whilst for some conditions like cystic fibrosis, only one variant may be the culprit, but most aspects of health like weight management or mood are complex and influenced by a larger number of genes.

Of course, no matter how accurate the technologies underpinning your genetic analyses are, there is always a small chance that your data could be subject to human error at any stage of processing. The good news is that 23andMe has outlined their quality review process on their website, so they’re doing everything they can to avoid this.

23andMe provides health insights based on just 1 or 2 variants, which could result in incomplete and misleading results. Other providers of DNA wellness reports such as SelfDecode can investigate thousands of genetic variants in order to provide you with the most accurate health data.

SelfDecode has also recently released a new updated version of wellness reports which use predictive algorithms to analyze around 35 million genetic variants (~1 million per wellness report), giving you the most accurate health data based on your genetics.

Not only this but their wellness reports include personalized recommendations to counteract specific problematic genetic variants, rather than generic recommendations, giving you the best in precision medicine.

If you have a 23andMe raw DNA file, you can upload it to SelfDecode to receive your health insights. However, if you still haven’t had your DNA tested, SelfDecode also offers DNA testing that includes several SNPs not covered by 23andMe, ensuring that you don’t miss out on your core health SNPs.

So how accurate is 23 and Me? When it comes to investigating your heritage, 23andMe is as competitive a company as you could hope for boasting the second largest reference database of genetic data, providing you with a highly accurate understanding of your genetic heritage.

When it comes to health reporting however 23andMe does have one drawback as currently they only investigate 1 or 2 genetic variants for certain health conditions which are much more complex, meaning that whilst the data they provide for these few variants is an accurate representation, it may be misleading. If you would like a more comprehensive and accurate insight into your health based on your genetics, consider trying a service like SelfDecode.